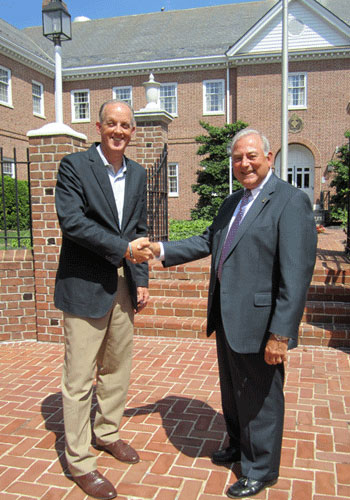 The Traditions Bank slogan of “Because we live here too,” rings truer than ever, with our commitment to enrich York County through community events. Traditions Bank has pledged a three-year commitment to a brand new partnership with the York Revolution, which will be carried out through a new Revolution venture branded as “Eventive.” This partnership will bolster local traditions and bring new family-friendly experiences to York County.

Leveraging the contribution of Traditions Bank and the York Revolution’s event production expertise, “Eventive” will help sustain and enhance existing events like the York Halloween Parade and July4York. Eventive will also look to add one-of-a-kind seasonal events such as the FIRESTOCK pyrotechnic festival that was held this past spring.

The York Revolution began hosting community events in 2013 when it took over production of York’s annual Fourth of July Celebration, which was in danger of coming to an end. It did the same with the York Halloween Parade in October. Traditions Bank is stepping up in 2014 to provide financial support for these events and to allow the Revolution to create two more community-based events in each of the next three years.

In a press conference to announce the partnership on Monday, August 25th at York City Hall, Mike Kochenour (pictured right), Chairman, President and CEO of Traditions Bank, said, “When the York Revolution brought the idea of Eventive to us, we immediately saw the connection to the vision of Traditions Bank. Our very name is about capturing the rich traditions of our hometown. To be able to support traditions such as the York Halloween Parade is an extraordinary opportunity for our organization.”

Eric Menzer (pictured left), President and General Manager of the York Revolution added, “In an era of globalization, it’s refreshing to see a local business like Traditions Bank embracing cultural roots and putting their money where their mouth is when they say ‘Because we live here too’.”

“I thank these relatively young York businesses for stepping up to the plate, taking full charge, and re-energizing these efforts,” added York City Mayor, C. Kim Bracey, as she joined Mike and Eric at the podium. “Your big-heartedness and pure adoration for York is greatly appreciated.”

To see the press conference in its entirety, visit White Rose Community TV and search for “Eventive Press Event.”