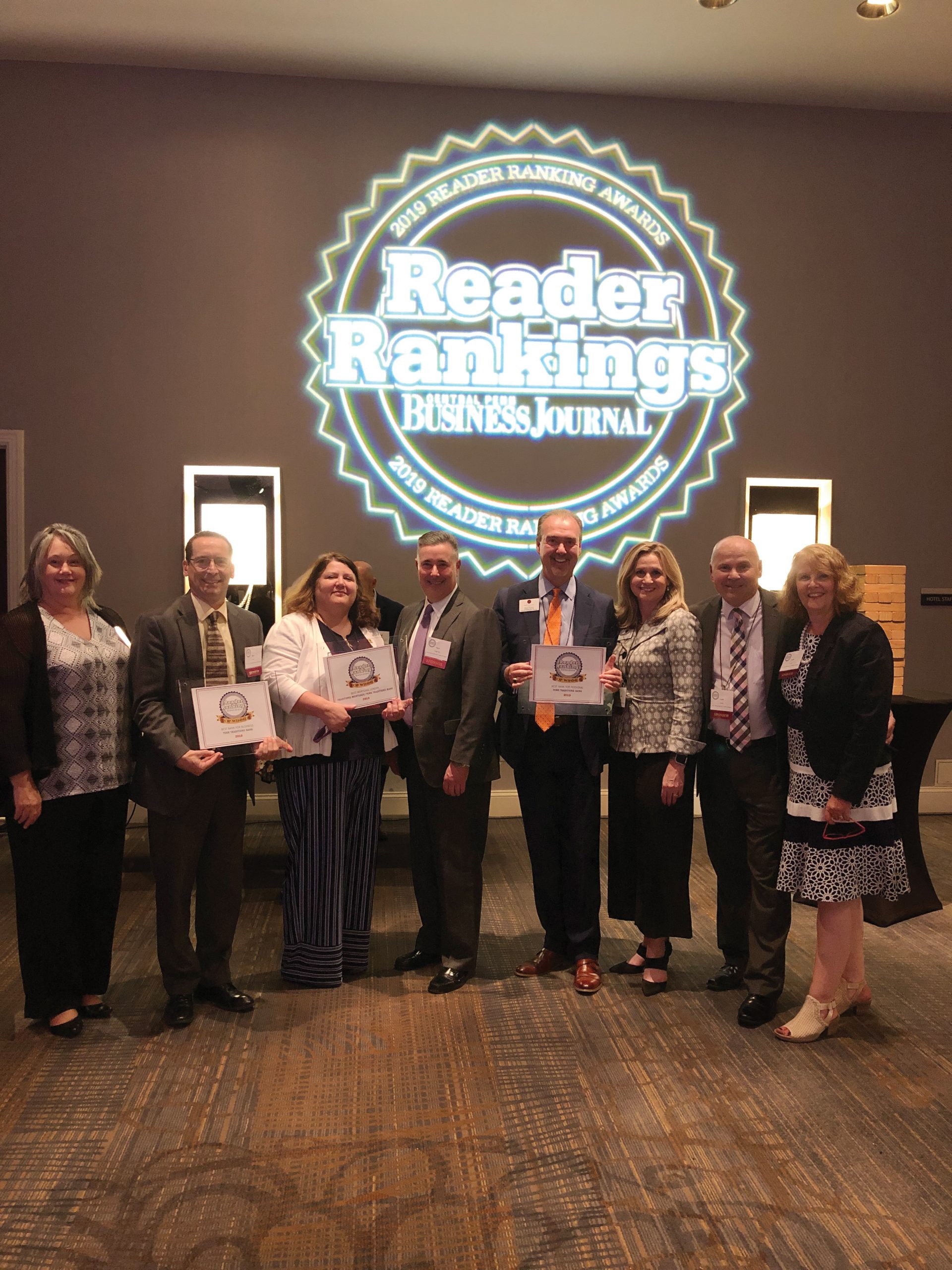 We’re Honored to Be Recognized by our Community in 2019

We are honored to received distinctions from local media companies and nonprofit organizations in 2019.

York Newspaper Company – “One of the Best Banks in York”

Traditions Bank was honored again to be named one of the top three “Best Banks” according to YDR’s readership in the York County area.

We’re thrilled to take home the award for “Best Banking Institution” in York for the third year. The polling culminated with a party on August 1 to celebrate the winners from York, Lancaster and Harrisburg.

Readers from eight counties chose their favorite businesses for the entire region. This year, CPBJ received nearly 3,000 nominations and almost 18,000 votes across the categories for the 2019 Reader Rating Awards. The winners were honored at the Hilton Harrisburg on June 19. Traditions Bank gained the top awards for “Best Bank for Business” and the “Best Bank for Personal” and Traditions Mortgage was the top winner for “Best Mortgage Company!”

Traditions Bank is proud of our longtime invested in Downtown York, but in 2018, we made our strongest commitment to downtown yet by opening a brick-and-mortar branch on the corner of George and Philadelphia streets. The 2,000-square-foot space was beautifully renovated, keeping its character while adding modern flair.

Situated across the street from the Appell Center for the Performing Arts, close to Central Market and within walking distance of the county courthouse and several restaurants, the branch has helped solidify a key corner of Downtown York. More information about Downtown, Inc. available here.

Thank you to our customers for taking the time to nominate us for these awards. YOU are the best!