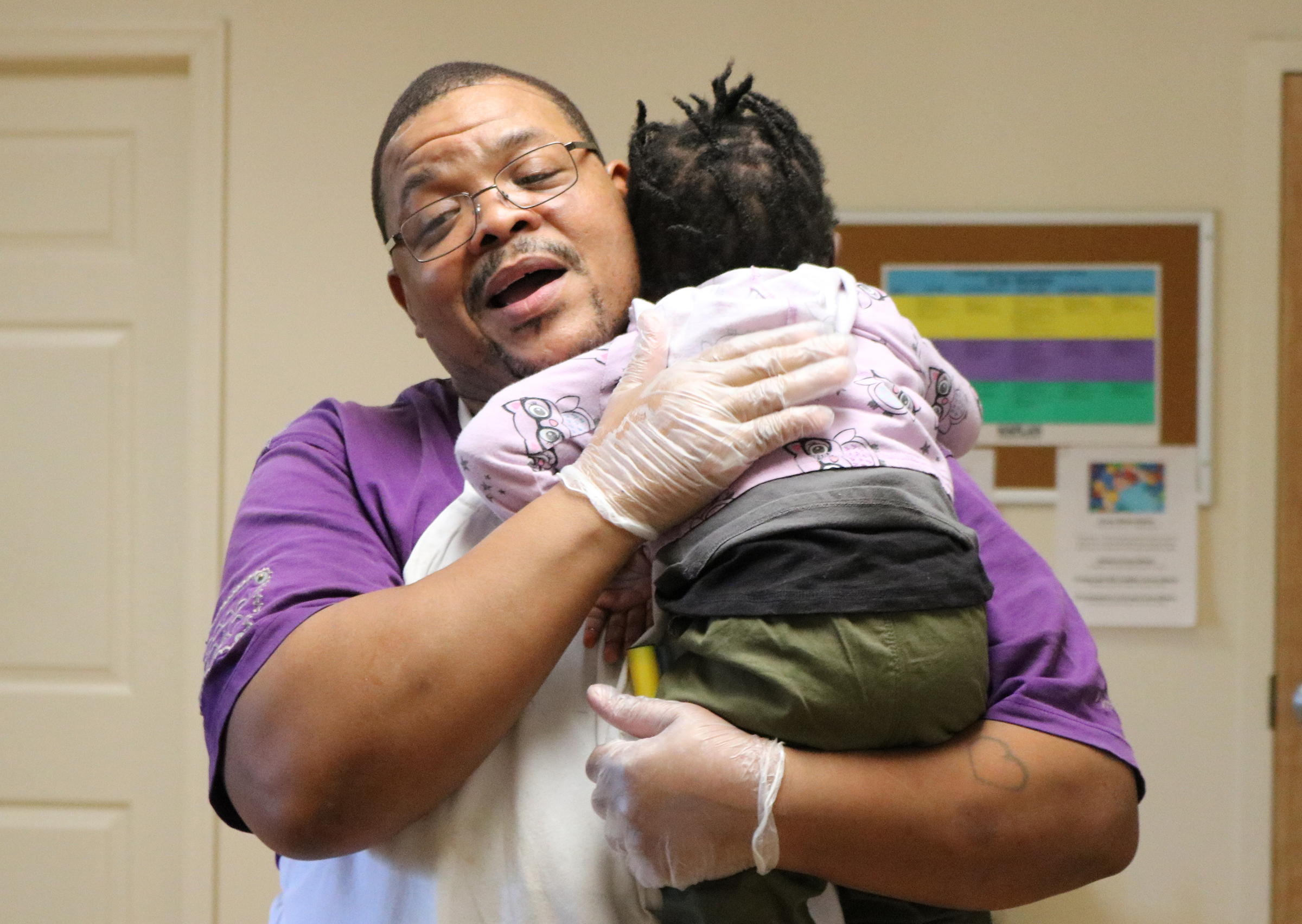 As of January 2019, Pennsylvania had an estimated 13,199 experiencing homelessness on any given day, as reported by Continuums of Care to the U.S. Department of Housing and Urban Development (HUD).

Traditions Bank appreciates ALL of the nonprofits working hard to support those experiencing homelessness and to provide rent assistance. During our 18th Anniversary Month, we are spotlighting and donating to 18 organizations that do this critical work in the communities we serve.

This week, we highlighted four nonprofits providing shelter for vulnerable members of the communities we serve. In honor of our customers, each of the organizations below received $1000 to support their missions.

How many nights would you estimate you slept in your own bed over the past six months? Most of them, right? When the Schrum family came to Bell Family Shelter, the answer to that question would’ve been zero. In fact, the answer would’ve been zero for two full years. The family of five tried staying with friends but ended up bouncing from one house to another pretty often. It was especially challenging with three children. So they ended up living out of their vehicle for a while. Then they came to York’s only 30-day emergency shelter that welcomes entire families (including those with an adult male household member), and not long after, qualified for a spot in Bell’s Bridge Transitional Housing program. Families in the Bridge program can stay up to one year in an apartment, with continuing care from Bell staff to help them access resources and build up their skills through regular parenting, budgeting, and nutrition workshops.

After successful graduation from the Bridge program, the Schrum family moved into their own apartment, where they’ve been living ever since. Dad is working full-time at FedEx, Mom is taking college classes, and all three children (who each have special needs of some kind) are receiving the supports they need to thrive. This family is one of the hundreds who are helped through Bell’s emergency and transitional shelter services every year. Bell also provides housing supports and basic living services for people living with mental illness or intellectual/developmental disabilities and housing assistance to individuals and families who are homeless or near homeless. Read more about the Schrum family.

Community Progress Council helps low-income individuals and families in various ways – whether providing valuable childcare or supplemental food or working with them to take steps toward achieving stable housing, a livable wage, or economic self-sufficiency. One of those individuals is Sean Turner, who we featured as part of CPC’s “I Am Progress” campaign. Here’s his story… Sean Turner still remembers those hot summer days holding a sign at the intersection of Mount Rose Avenue and the exit ramp for Interstate 83 advertising a closing sale for Kmart. He managed to negotiate a higher days’ pay just so that he could feed his family, but the 47-year-old man new to York County truly believed there was something better in his future.

It would be his passion for cooking that would bring progress to Sean’s life. The trained cook had short stints in kitchens across the country, from New Jersey to Florida. Still, if you ask him today about his favorite mouths to feed, it would undoubtedly be the pre-school aged children in the Community Progress Council’s Head Start Program on Cottage Avenue in York City. Sean’s corner kitchen allows him a window into the lives of the children he feeds every day. “What’s for lunch?” they’ll ask him as they walk by. He’ll respond to cheers, maybe a few jeers depending on the day’s menu. But no matter the meal, the kids – from toddlers to five-year-olds – are more excited about their food than the restaurant patrons he once served years ago. “Those are my kids,” he says with a bit of emotion.

The father of five has one big extended family at CPC’s Cottage Place. “The kids love me, and I love them.” Cooking provided Sean an escape from construction, something he says he was good at but admitted he didn’t enjoy. It rescued Sean from “a life of back-breaking work,” he joked with more than a hint of sincerity. “You can always find work in cooking.” He’s since attended CPC’s “Getting Ahead” classes, a program that brings together low-income residents to talk about their struggles with poverty and the barriers that keep them there. While Sean says he’s learned a lot through the class, he’s grateful to share his story in hopes of helping others.

Water Street Mission seeks to uplift those experiencing homelessness through their services. They provide holistic housing, health, and educational support to our neighbors of all ages. Join the #IAmWaterStreet movement of giving to help provide for those most vulnerable in the Lancaster community.

Recognizing that domestic violence is a serious issue, the Safe Home Program was developed in 1981 by YWCA Hanover. The program’s foundation is the strong belief that individuals have a right to control their lives and make decisions without fear of assault or degradation.

Domestic violence is a pattern of abusive and coercive behaviors used to maintain power and control over another in an intimate relationship such as marriage, dating, family, or cohabitation. The abuse may be physical, verbal, emotional, sexual, financial, or technological.

In 2019, the YWCA Hanover served a total of 1,357 domestic violence victims. They provide emergency housing, placing in temporary housing, and legal advocacy. Legal advocacy efforts include applying for orders of protection, emergency clothing/food services, and referrals counseling as well as legal services.

Learn how we partner with our community, ‘Beyond Banking’