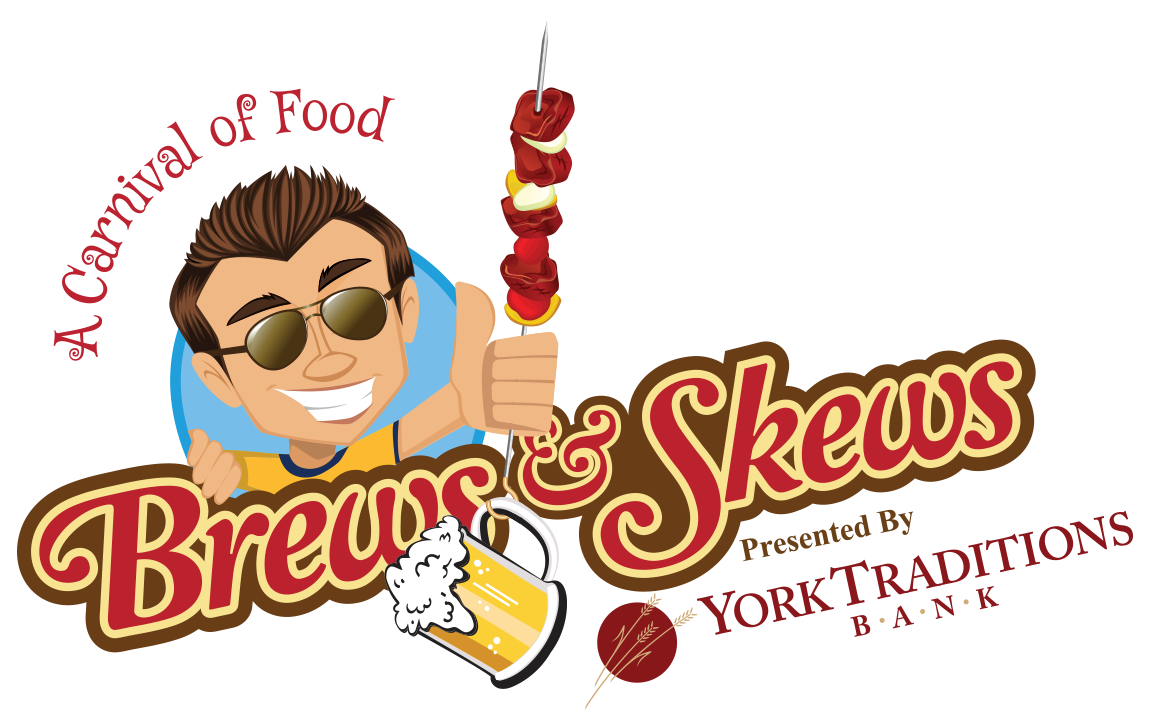 Brews and Skews Takes the Field on May 21!

One of the most successful food festivals in the area will return to Revs Stadium on Saturday, May 21, 2016 when Brews & Skews: Outfield Edition parks more than a dozen area favorite food trucks on the ballpark lawn and pairs them with beers from 15 craft breweries, live entertainment, a playground for the kids, and more.

Presented by Traditions Bank and Eventive, Brews & Skews: Outfield Edition will be held Saturday, May 21, 2016 from 11 a.m. to 4 p.m. at the home of the York Revolution on North George Street. In the same field where Revs outfielders snag fly ball after fly ball, Yorkers and foodies from neighboring areas will picnic surrounded by some of the best food vendors the region has to offer. Building on the success of last year’s event — which drew more than 1,000 people to the plaza in front of the ballpark — organizers have secured the enthusiastic commitment of the following food truck vendors, who will offer their signature choices along with skew specials:

To wash down the delicious offerings from the trucks, Brews & Skews attendees will enjoy craft beers from 15 local and regional breweries. For $15, beer fans will be able to purchase a Blue Moon sampling glass courtesy of Beer Ace good for six 5 oz. pours or a Brews & Skews 2016 pint glass good for two 16 oz. pours — plenty of space for samples from these participating breweries:

Domestics from Budweiser, Miller, and Yuengling will also be for sale in bottles and cans.

To add to the day’s festivities, Brews & Skews: Outfield Edition will feature performances on the CGA Law Firm Second Base Sound Stage by local bands Free Breakfast and The Plums and a wide range of activities for kids and families, including the Stauffer’s Playground, an action shot photo booth, a kabob-legged stilt walker, inflatables, face painting, balloon artists, and more. Plus, the Traditions Bank tent will welcome guests to spin the prize wheel, with the first 100 people to land on the T-shirt space winning the official Brews & Skews T-shirt! No purchase necessary.

“It’s clear that this town loves a great food truck event,” said Adam Nugent, director of Eventive. “Brews & Skews is the perfect pairing of amazing food trucks with local and regional craft brews, plus the ballpark and all the family fun our community has come to expect from the York Revolution. It’s like a backyard party on the coolest lawn in York.”

“There’s no better way to stay connected to our community than to go beyond our walls and talk with the individuals who live and work here,” said Mike Kochenour, Traditions Bank’s Chairman and CEO. “Brews & Skews is another great opportunity to get together and celebrate what makes York County so special — its people!”

Admission to Brews & Skews: Outfield Edition is free thanks to Traditions Bank. Families and friends can enjoy the entertainment and “pay as you go.”

For all the latest information, visit BrewsAndSkews.com.