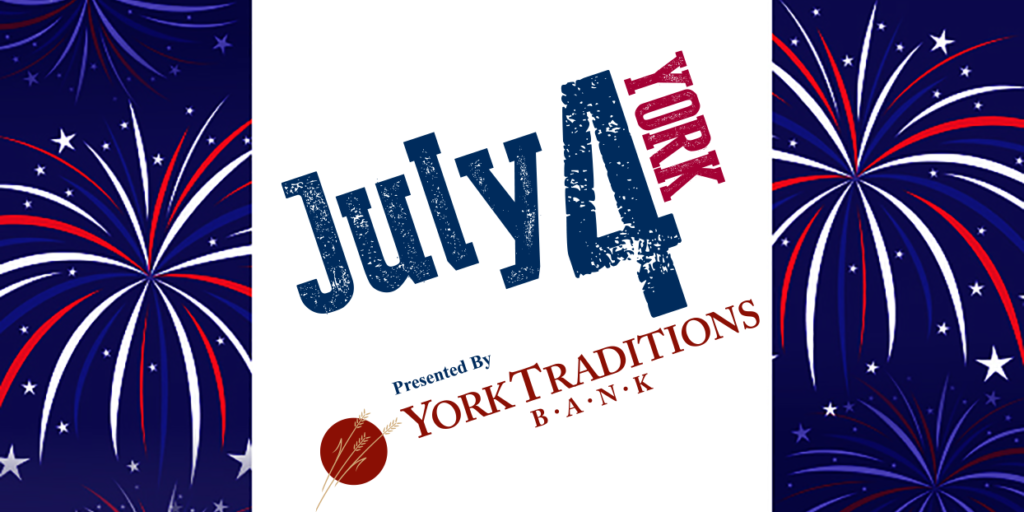 Traditions Bank is happy to sponsor July4York, York’s FREE Fourth of July community celebration and fireworks display at the York Revolution Stadium! In 2013 and 2014 10,000 patriots and partygoers packed the Downtown ballpark, taking up all seats and the field to enjoy the festivities and fireworks finale.

The schedule of events is as follows:

The Brittany Opperman performance keeps with an established tradition between the Revolution and WGTY, who have constantly produced country artists on the cusp of national stardom for Revolution non-game events and Fan Fests. The list includes Thompson Square, Lauren Alaina, Maggie Rose and Jarrod Niemann the past few years, and Katie Armiger at last year’s July4York free community celebration.

The U.S. Army Jazz Ambassadors are returning to the event for a third year, having become a staple of July4York. “America’s Big Band,” they’re the official touring big band of the United States Army. Their performance (8 p.m. to 9:30 p.m. leading up to the fireworks presented by Glatfelter Insurance Group) is presented by General Dynamics. The 19-member ensemble has received great acclaim both at home and abroad performing America’s original art form – jazz. Their diverse repertoire includes big band swing, Latin, contemporary jazz, Dixieland and patriotic selections. The Jazz Ambassadors have appeared in all 50 states, Canada, Mexico, Japan, India and throughout Europe.

Parking for the event will be absolutely free, in the following locations: Small Athletic Field adjacent to the stadium, Northwest Triangle on Beaver Street and parking garages on Philadelphia and King Streets.

A carnival on the Brooks Robinson Plaza outside the stadium gates will feature inflatables, water amusements and a foam dance party for kids. The Stauffer’s Playground inside Santander Stadium will be open and free for the event, which will feature the carousel, inflatable slides, obstacle course and climbing challenges that are open during all Revolution home games. The playground is located beyond centerfield and will also be free of charge for this event.

The Fourth of July is famous for lawn games and BBQ grills. July4York presented by Traditions Bank will have a warning track lined with games like cornhole and CanJam to feed your competitive fire along with full concessions with all your ballpark favorites, including beer sales.

The best lawn in York County — also known as the York Revolution Stadium outfield — will be open to blankets (no lawn chairs, please) for the fireworks display.