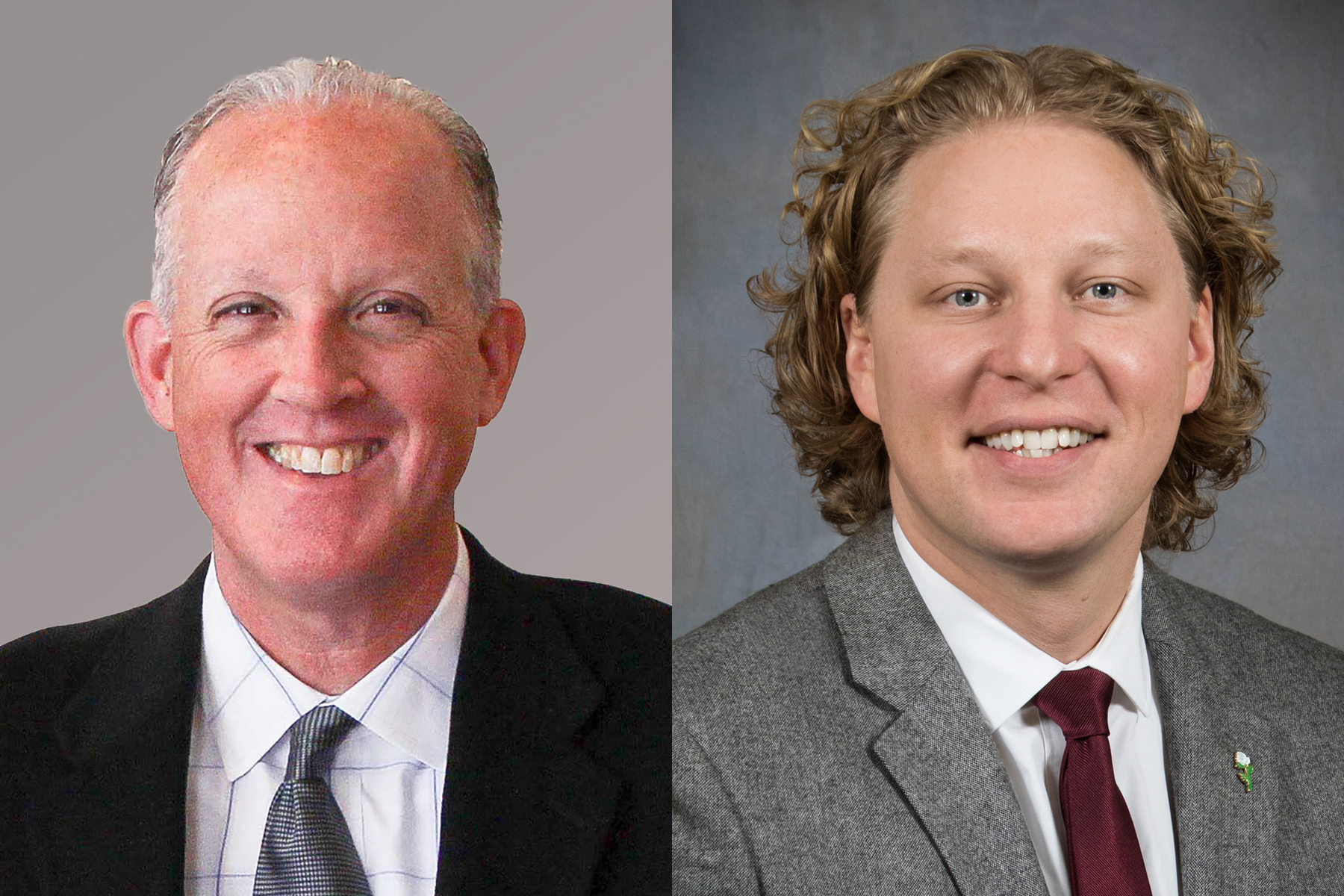 Menzer and Schreiber Nominated for Board of Directors

On August 28, 2018, Traditions Bank announced that it will welcome two new Bank Directors at its October Board meeting, reflecting the organization’s continued growth and strategic vision for long-term success. The Board approved their nomination at its August meeting.

“Eric Menzer and Kevin Schreiber lead by example,” said Eugene Draganosky, President and CEO of Traditions Bank. “Both have played important roles in the evolution of our community. They are two of York’s finest business and civic leaders. We look forward to adding their perspectives and expertise to our team.”

R. Eric Menzer is President of York Professional Baseball, owners and operators of the York Revolution and WOYK Sports Radio 1350. The organization also manages the York Ice Arena, and operates Eventive which produces special events such as the York Halloween Parade and July4York. Prior to joining York Professional Baseball in 2010, Menzer’s background includes roles as Senior Vice President of Wagman Construction in York, Director of Economic Development for the City of York, and Executive Director of the York County Transportation Authority.

Mr. Menzer earned a degree in Government and Politics from the University of Maryland. He has devoted countless hours to community affairs and civic leadership. Eric chairs the boards of Better York and PENNVEST – the Pennsylvania Infrastructure Investment Authority — and serves on the boards of the Appell Center for the Performing Arts, Downtown Inc, Community First Fund, and the York City Parks Conservancy.

Kevin J. Schreiber is President & CEO of York County Economic Alliance (YCEA), which works to connect people and business to opportunity and create a shared, prosperous York County. Prior to joining the YCEA in 2016, Kevin served two terms as state representative for the 95th Legislative District in York County and served as Community and Economic Development Director for the City of York under both the Brenner and Bracey administrations.

Mr. Schreiber earned his Bachelor’s Degree in Public Relations from York College and his Master’s Degree in Public Administration from Penn State University. Actively engaged in the community and Commonwealth, Kevin serves in Board leadership for the United Way of York County, PA Partnerships for Children, York Day Nursery. He is an appointee to the Governor’s Early Learning Investment Commission, and also serves on York County’s Tourism Grant Committee.

Since opening its doors in 2002, Traditions Bank has grown to $455 million in assets, with an administrative center in York Township and five branch locations in York County. In March of this year, they established a loan production office in Camp Hill. In September, the bank will open its sixth branch at 100 North George Street in downtown York.

“Eric and Kevin are dynamic, inspirational leaders who reflect Traditions Bank’s energy and commitment to serving our community,” noted Founder and Chairman of the Board, Michael E. Kochenour. “We look forward to their contributions on our continued journey to build a bank for generations.”